Nanni Ge is a participant in our team that got second in the EPro8 Otago finals and writes about her experience.

Balmacewen sent two teams to compete in the heats. One team got third in their competition and the other team got first. I was in the team which got first and got to go through to the finals. In our team was Max Cutfield, Charlie Bauchop, Ciarstyn Williams and Nanni Ge. We were sent to the finals at Dunedin North Intermediate. There we competed against the top schools in Otago.

The first challenge that we tried in the first competition was one about lightning. You had to build a stable structure that's at least 1.9 meters high. For the challenges after that we just added on more to the tall structure.

The first challenge where we had to work with electronics was a lighting pole one. We had to connect a pole on top of the structure and set a timer so the pole would rotate down after exactly 6 seconds. That was way harder than it sounded. After we finished that we moved onto an elevator challenge. We built 4 different floors inside the structure. We had a bit of trouble getting the height right for the floors. But that was okay because in the end we won anyway.

The next competition was the finals!

The first challenge we did in the finals was that we had to build a contraption with a working conveyor belt to get a banana from the start and into a container at the end. Then we had to try to make the conveyor belt move faster. A step up from that was once five bananas were in the container that was on top of a vehicle that we built, it would automatically drive away. We spent most of our time on that one trying to figure out the electronics. We worked it out in the end.

After we finished the conveyor belt challenge we attempted an apple picking one. For that one we attached a cup on the end of a long stick to pick apples off a fake tree. That was just a whole lot of math that we had to do.

After a very stressful three and a half hours, the competition ended. We found out that we came second. We were so close! If we had 30 points more we could’ve come first! The team that did win was a Fairfield team. But that’s okay, good game Fairfield.

In conclusion, EPro 8 is a great competition that I would recommend to anyone that likes engineering, making, building, and fun. I will definitely be doing it again next year and I hope that we win the finals and bring back the trophy! 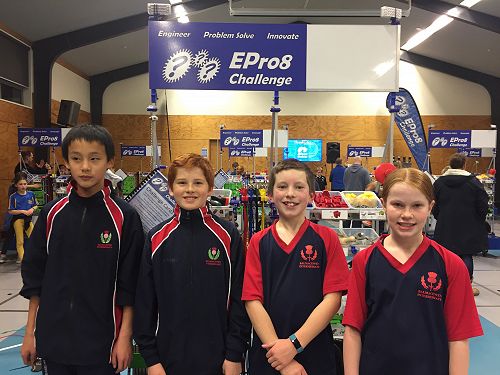 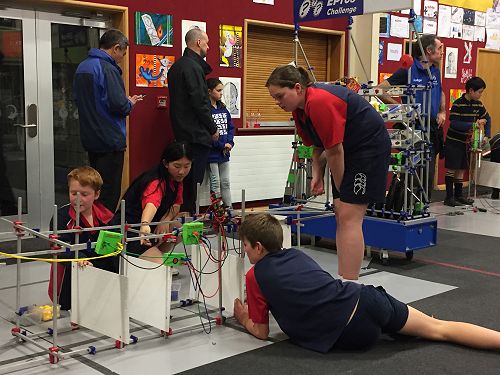 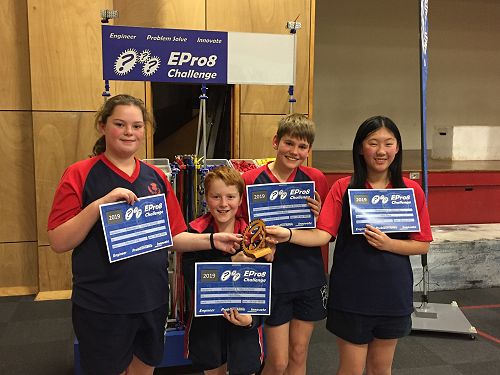 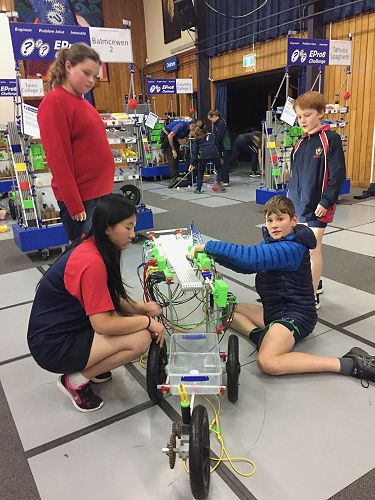 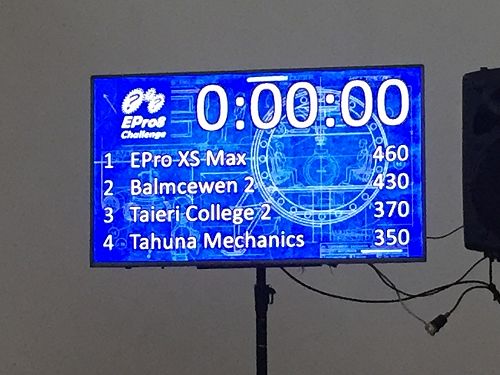 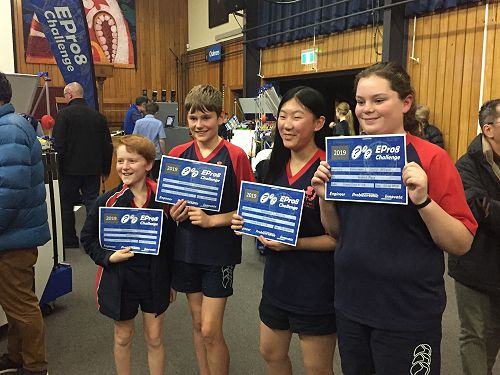