The ref throws the ball and the teams are determined to get the ball from their opponents.

Room 10 has been working on large ball skills this term. With Mrs de Graaf we have been focusing on basketball shooting, passing and dribbling. With some help from Will and Jamin. We improved a lot from the start to the end. We need to work on passing the ball to everyone in the team, because normally the same people get the ball.

When we finally got to play a game of basketball it was girls vs girls and boys vs in the boys.  The first match the boys played on the netball court and the girls played on the basketball court.  On the boys side it was Demons vs Unicorns and the girls team names were non-jackets and jackets.  In the first match the Demons won 2-0.  The girls jackets won first game. The second game was won by Demons 8-0 and non-jackets won their game.

We would like to learn harder dribbling skills and more game tactics. 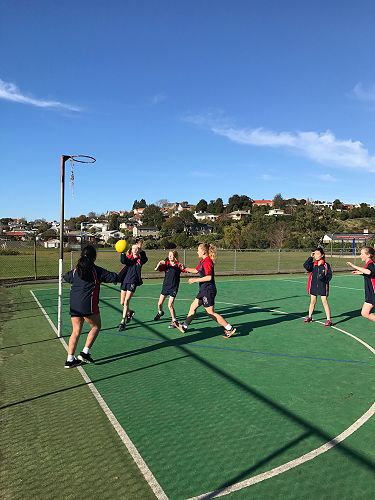 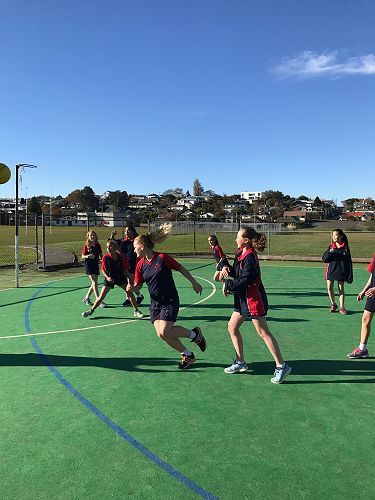 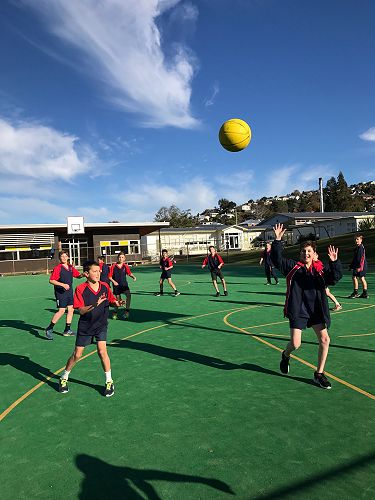 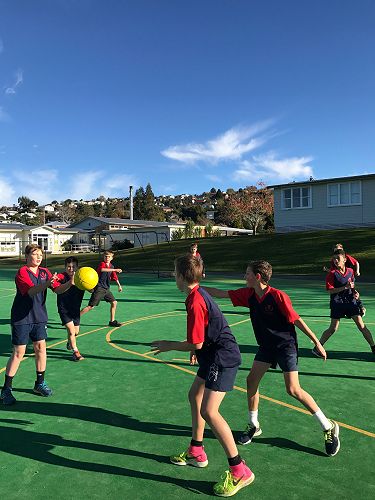 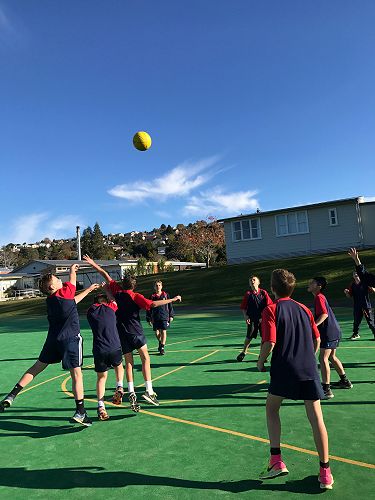 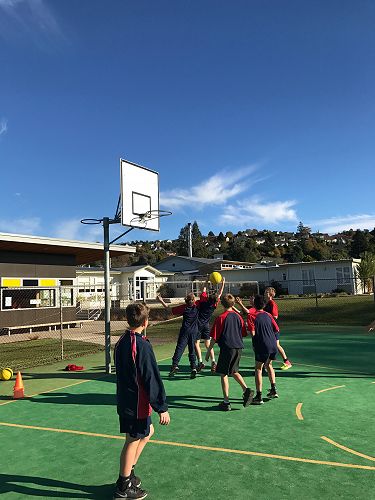 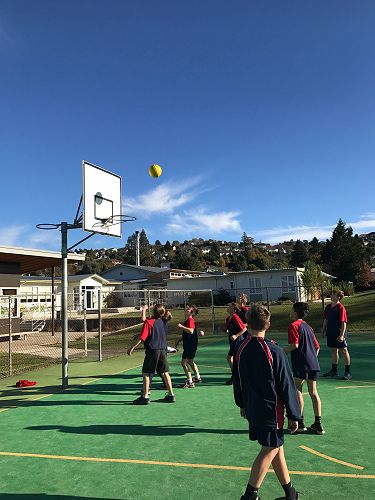 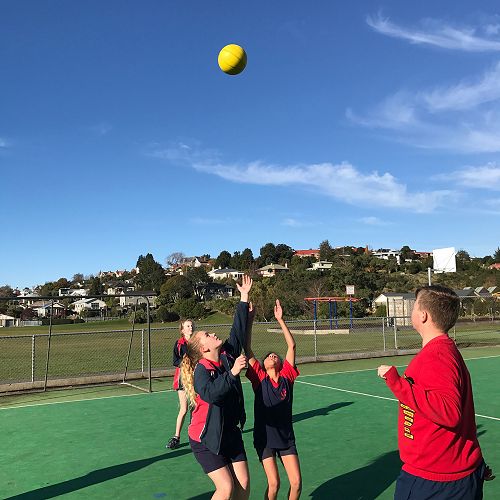 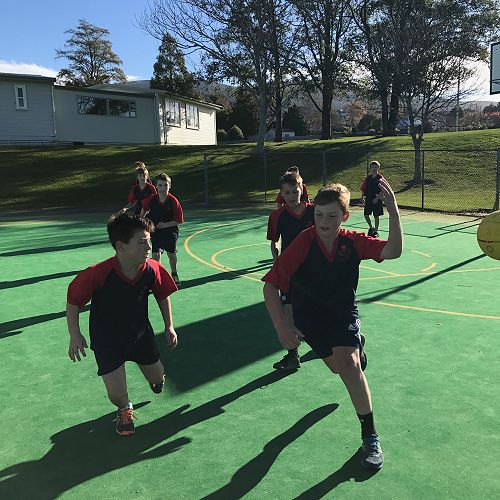 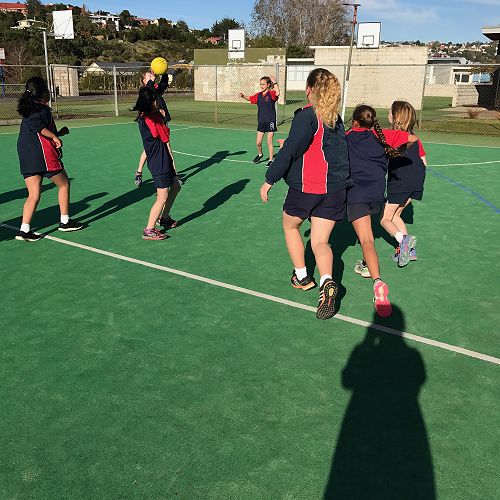 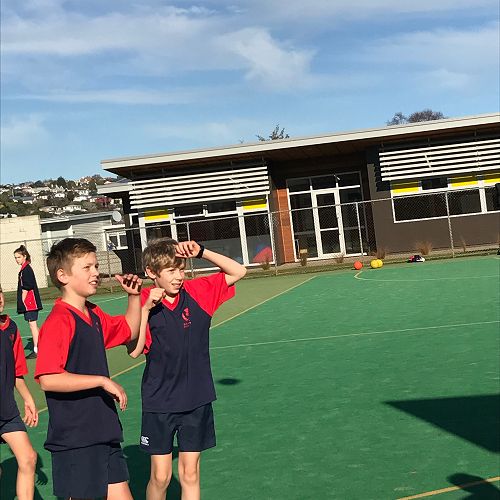