On Friday the 14th of February, I woke up with a smile on my face, excited aboutwhat would be happening that day. I got in the car, and as we drove to school Icouldnt believe how close it was getting now.

Time travelled so quickly between arriving at school and the bell. At around 9:30am after admin and a bit of quiet work time, Mr Napier told us to quietly line up outside. As we joined the rest of the Manuhiri by the front gate, and us males surrounded the females, it started to feel real.

When I heard the Karanga being called, the Pōwhiri had begun. We the Manuhiri started walking into the hall and into the territory of the Tangata Whenua. As we got nearer to the hall, the Karanga faded out and the Haka Pōwhiri started. This was one of the loudest and most intimidating hakas I had ever heard. It sent shivers down my spine.

When the Haka stopped, Taumana stood up and spoke on behalf of the Year 8s. He spoke amazingly considering the amount of pressure he was under, up on the paipai representing the Tangata Whenua. Once Taumana had finished speaking, the Year 8s stood up and sang a Waiata fantastically.

We then split up into our buddy classes. Once we had gathered with Room 6, we lined up and performed the Hongi. We then shared some Kai, to remove the tapu from the pōwhiri, which for us was a biscuit. Finally we all gathered in the hall and sang Tihei Mauri Ora as a school, before heading back to class and ringing the bell. 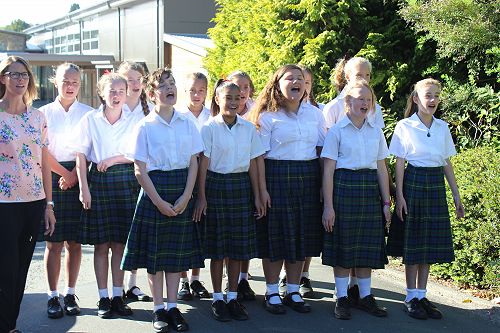 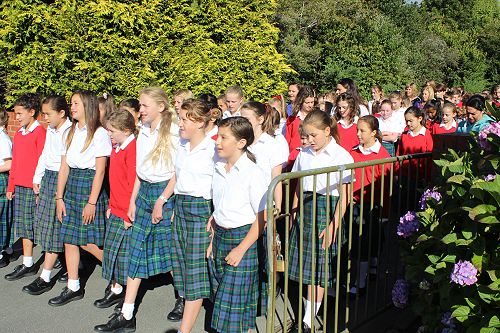 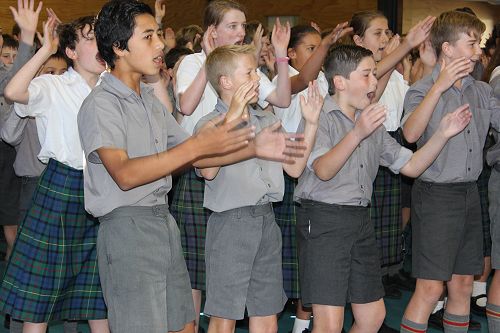 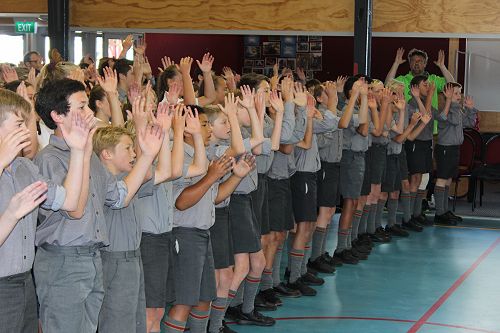 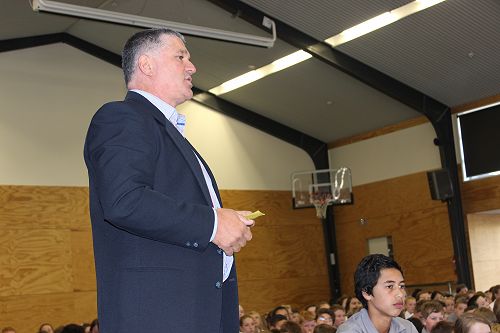 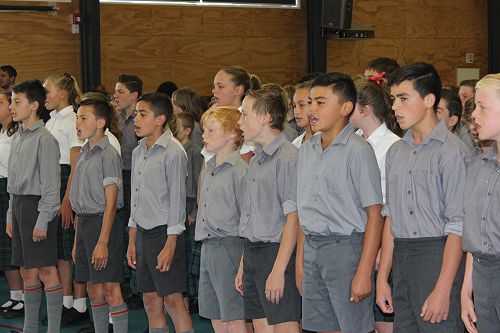 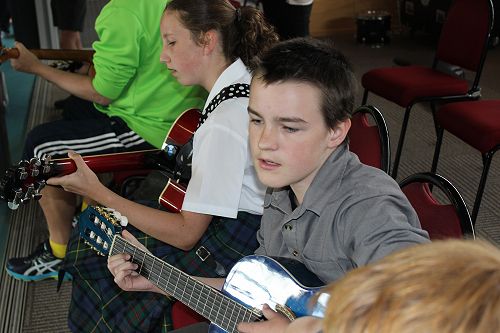 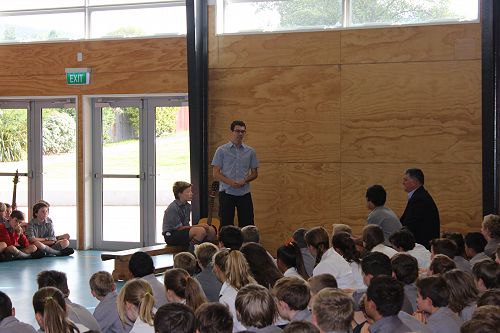 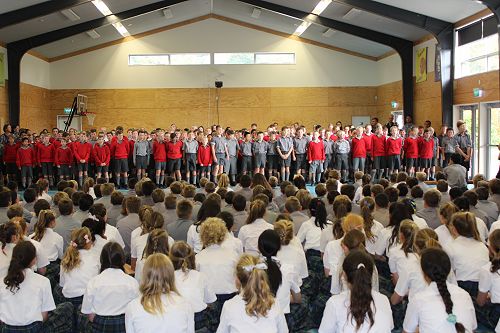 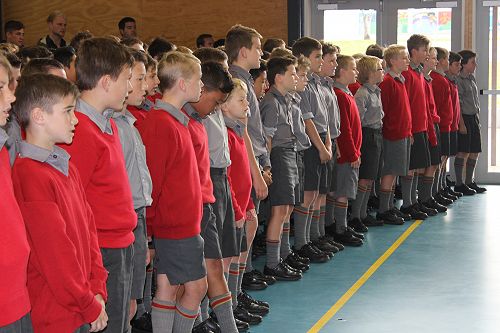 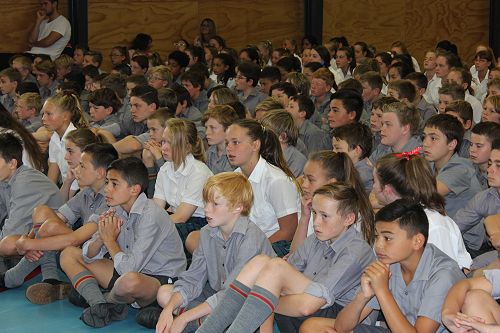 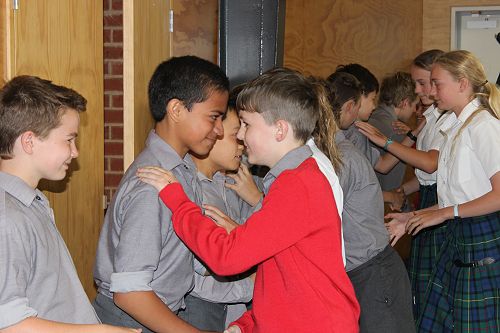 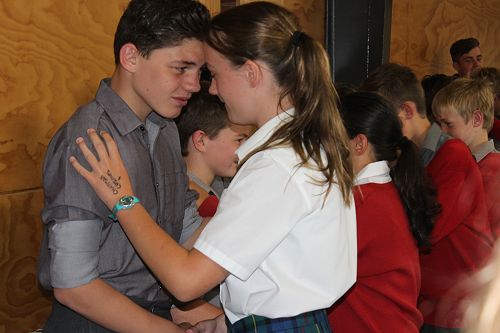 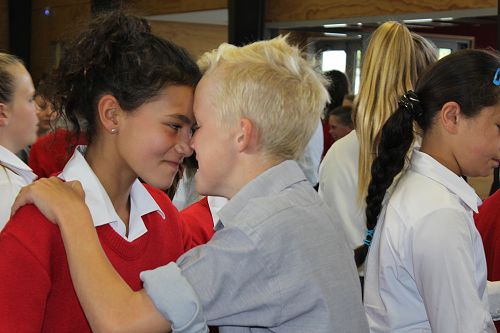 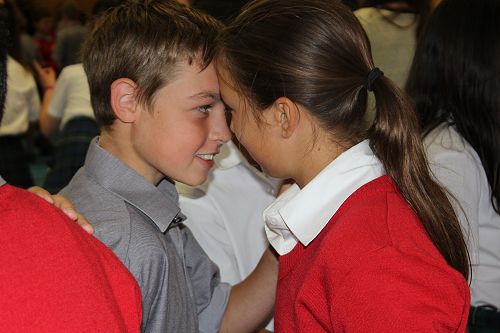 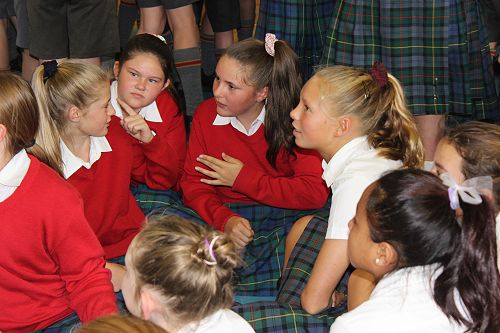 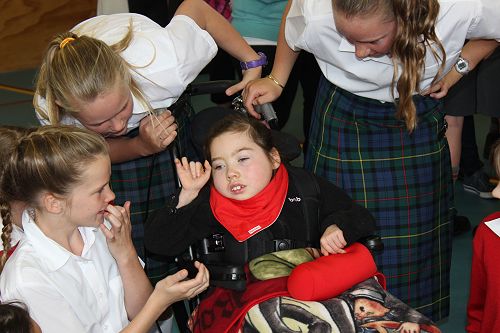