Congratulations to Theo on his recent success at the South Island Diving Competition. (Read on)

Theo and a few other children from Balmacewen Intermediate School competed at the South Islands Diving Competition held in Dunedin in August. Theo came 1st in the inter-age C platform, 1 meter and 3 meter. Theo and Rohan also came 1st in the boys synchro. Theo was awarded the Diving Otakou cup for best male on 3 meter.

Theo was in Wellington competing in the Skills National competition over Labour weekend his last competition before heading to Adelaide to compete in the Pacific Schools Games. Theo is one of 24 divers from New Zealand competing at this event. Theo came first in platform, 1 meter and 3 meter events in Wellington receiving a Gold award.

What a line up of achievements - Well done Theo! 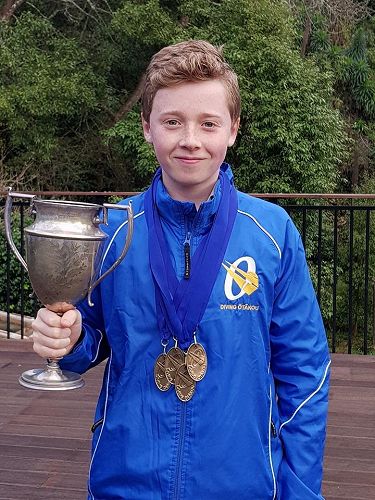