Netball is played on a Thursday at the Edgar Centre, any time between 3:45pm and 6pm.

We NEED parents to coach and umpire teams - if we do not have enough parent helpers, not all children will be able to play.

The cost is set at $90 and this needs to be paid, either to the office, or via internet banking by the 29th of April.

During the registration process, you can select for your child to trial for a competitive team or to be placed into a social or non competitive grade.

If you child wishes to play for a non competitive team, then they are not required to trial.

This year, Dunedin Netball are excited to launch the Year 7 'Up 2 Speed' Workshop. This is for players who were Year 6 last year, who are now Year 7, and therefore moving from 6v6 to 7v7 netball. It is intended to help players learn the slight adaptations of the 6v6 game, and help to hone their knowledge and tactical awareness. The cost of this workshop is free, part of the benefits we get for participating in the Thursday night competitions!

This workshop will be held on Sunday 31st of March at approximately 10:30am. We expect all of our Year 7 players to be at this workshop, as we are running trials straight afterwards.

All dates for the netball season can be found on the Dunedin Netball Centre website. http://www.dunedinnetball.co.nz 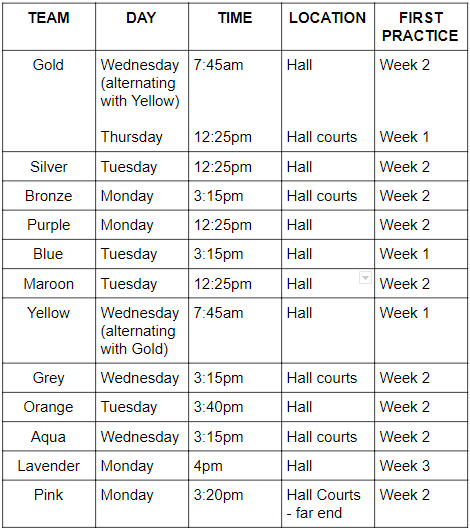 Please find attached some photos from the action at the Edgar Centre on finals day and the team photos from prize giving on Thursday.

Please read on to find the link and details on how to register your child to play a winter sport for one of our Balmacewen school teams.